Sketches of the board meeting of the German association of professional lilustrators "IO"
on 18 - 20 January 2019 in Kassel. 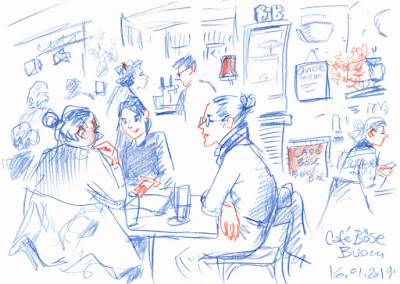 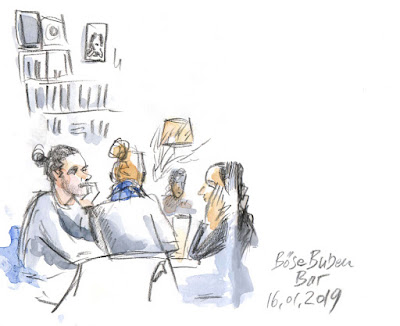 100 years ago, on 15 January 1919, the German socialist leaders Rosa Luxemburg and Karl Liebknecht were murdered by right-wing nationalist Freikorps in Berlin.
I go in search of traces.
The Hotel Eden, at that time the headquarters of the Garde-Kavelerie Schützen Regiment, to which the two leaders of the Spartakusbund had been deported after their capture, no longer stands today.
Only a simple bronze memorial in the Tiergarten commemorates the discovery of the body of Rosa Luxemburg.
And in the Deutsches Historisches Museum, apart from the two memorial stones, only a few small-format photos can be seen... 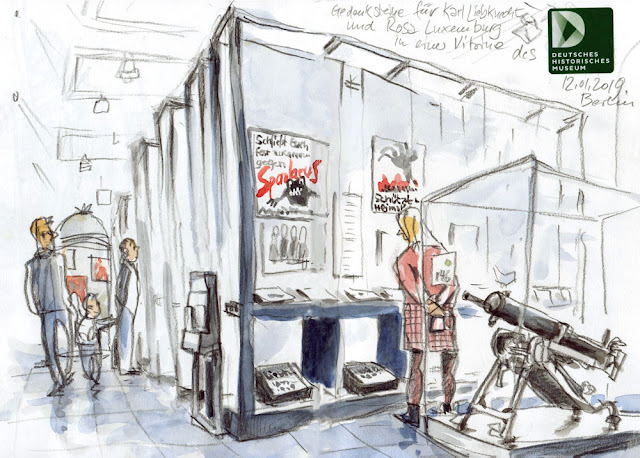